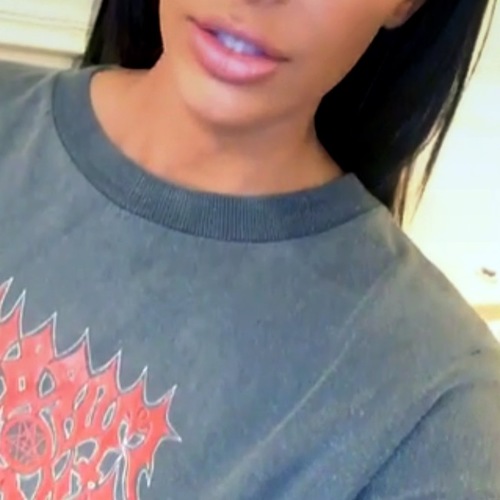 I grew up on punk rock, hardcore and metal. I was 1 of maybe 5 kids in my high school class of 600 who was into that world, around 2000-2003 in the Chicago suburbs. It just wasn't really part of the culture there. I remember discovering records at a shop called Threshold Records in Orland Park, IL. I was especially fascinated when I really started to dig into heavy/black/death metal, mostly because I was intrigued by all the cover art, much of which was filled with blood and guts and completely illegible band names. This felt oddly taboo to me at the time, like nobody else really knew what I was into which always felt so cool, ha. I started hitching rides to the city to see shows, buying merch and proudly wearing shirts with obscure (to everyone else) band names on them that, when worn around school, was met with mostly confused reactions. That was part of the appeal to me - the mysterious nature of punk, hardcore, and metal aesthetics weren't the norm in my corner of the world and it was a big way I found to express myself. It felt like my own thing.

Yesterday I saw Kim Kardashian post on Instagram while wearing a Morbid Angel shirt. Vetements produced a much talked about metal-inspired collection that could pass as an Obituary shirt if you just glanced at it that was worn by Alicia Keys among many other celebrities. You can read a whole article about Kanye wearing a Testament tee. Bieber's 'purpose tour' merch. Wes Lang's Yeezus graphics. In other words, this isn't really news, but it continues to fascinate me as someone who originally found the beauty of this subculture to have so much to do with the fact that it was so aggressive and not really something the average person, let alone celebrity, would wear or even be privy to. What else is interesting is what's happening beyond the fashion - Trash Talk's embrace and convergence with hip-hop via Odd Future, Tyler, the Creator and others in the culture. Travis Scott shows becoming as rowdy as any hardcore show I've ever been to, just with a new audience to experience the youthful joy of a sweaty mosh pit. It's cool to me. I understand that scenes change, evolve, adapt, become appropriated. You can probably walk in to an H&M or Urban Outfitters right now and buy a Carcass tee or hell, a Forever 21 and find a Cattle Decapitation hoodie lol. Honestly - I could write about this topic forever as it touches on so many things I love at once. I know there are plenty more articles out there about some celebrity wearing a Dark Throne tee and getting raked over the coals for it by throngs of metal fans saying "I bet so-and-so can't name a single one of their songs!" And maybe they can't. But what can you do? Subcultures become fashionable in due time, it's cyclical and fluid, becomes recontextualized by new generations who find intrigue in it. To get mad about it would not be very punk rock.