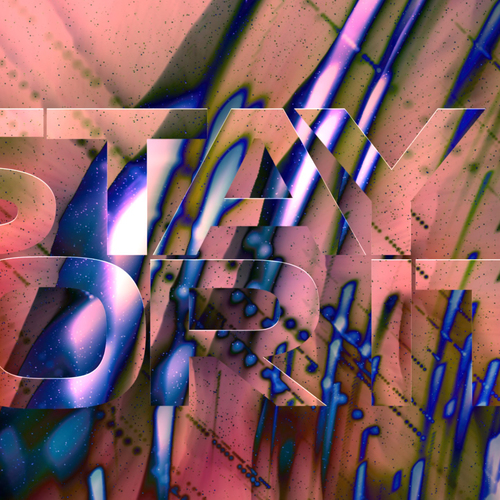 Stay for it! An interview w/ David Rudnick & Ezra Miller about RL Grime, WebGL, and collaboration.

A few days back, I clicked a link that designer David Rudnick shared for a new project he'd done in collaboration with interactive designer Ezra Miller: A visualizer for RL Grime's new single 'Stay For It' (feat. Miguel). Before you read any further, you should click that same link, check it out and listen to the track. I'm fascinated by the way we experience music in 2017. The idea of a music video is of course decades old, but the pursuit to innovate on the concept continues today with more experimental ideas and exciting artists to work on them than ever before. To get a bit more insight on this, I asked David & Ezra to shed some light on their collaboration, talked with them about working with musicians, and got into some of the nerdy WebGL details. Enjoy.

THE BRILLIANCE!: The two of you collaborated on Evian Christ's Trance Party site last year - was that the first time you'd worked together? If not, when was? And if so, how were you paired together for that?
Ezra: We first worked together on that Trance Party V site (http://evianchrist.com/tpv) as well as Evian’s homepage (http://evianchrist.com). David had contacted me through Facebook and I was very keen to work with him considering I’ve been a fan of his and Josh’s work together for some time.
David: I'd been following Ezra's work for a while, since I saw a project of his called My Shards ( http://www.myshards.com ), and I just felt that what he was doing was fantastic; so dynamic and very pure. My work can be very static, I loved the idea of working whose native language was working with generative or randomized elements, I felt like there was a lot of potential for how we could combine our respective practices.

TB!: You worked together on a similar project for RL Grime's track 'Reims' recently - how did that come about? Any more tracks in the pipeline that will get this treatment?
E: David brought my name up as someone who could be involved on the creative side of RL’s new album campaign and I was happy to take part. I think the first place I saw David’s work was by being a fan of RL’s music while I was in high school. The first visualizer for Reims was started while I was in London in March and finished in New York in late April, and went through many iterations of color and composition as it evolved into the final version.
D: I feel like theres enormous potential, almost a new category of visual media for music outside of the "Music Video", for music to be heard by the listener in a corresponding responsive environment that evokes an unique space for the track visually outside of static album art or a conventional video. People want to put tracks out in a more direct, dynamic way, and this means that, lacking the scope or timeframe to do a full video, often they get this strange half-way house of animated versions of the album art on youtube. I felt like the more abstract space we were trying to build as we worked through this campaign for Henry demanded something more than just an animated cover, and working with Ezra on translating this "nova space" to WebGL was perfect for something that could feel coherent and consistent. I wanted Henry's fans to be building memories of these tracks when they first heard them in an environment that was completely his own. Even before the tour I wanted Henry to be able to claim that space, that these things weren't just taking place "inside youtube" or "in spotify" Without a physical record we needed a new way to try and build some kind of relatable environment for Henry's fans. They bring so much of themselves to this music and I wanted them to be able to ground those feelings in something that truly felt new and specific before the ultimate culmination of this new project when they witness Henry's show live.

TB!: Does Henry take an active creative role in these projects or does he trust the visual artists he works with and see the results in stages as other clients would?
D: What I love about working with H is that he lets me take a very organic route through the process, like we did on Void, so that this discovery of the visual language of the album is something that can give him creative platforms to push back start to reflect in the music itself. We always start by listening to what he's worked on but also by talking about what it is we want to convey for his audience and where he's hoping to go. A lot of the first steps for me are a process of trying to manifest these first steps visually for Henry and then he kicks back further as he finds ways to musically further reflect that aesthetic. As a designer I respond very emotionally, intuitively to the music when I hear it, and the similarly I think Henry's a person who gets a huge ammount of inspiration from the visuals. So we're very much both exploring ideas in the first steps of the project and then things start to jetstream towards a final album and also a final visual language, ideally both confidently reinforcing the other. Neither of us want to walk in day one and be like "this is the answer", these tools are for the audience but they're also a big part of both of our creative process.

TB!: Did this particular track influence the decisions you made for the design, type, color, and visualizer? Or, as 'Reims' kicked things off, do you see this as part of a larger collection of work that's more about the whole than the parts?
D: I get very specific about colours and the form of certain movements depending on the track itself, but thats a personal thing. Ez and I both coincidentally have processes that are kind of influenced by synaesthesia, so he's very tolerant of how specific or demanding I'll be about colour sometimes. Reims and Stay For It both have similar textures and synth sounds and so the texture and cadence of the movements of the GL are very similar, just different parametrics. Its possible you might see some very different evolutions at a later date.

TB!: On a technical note, how was the visualizer built? For anyone reading who hasn't a clue what WebGL is, can you give a brief explainer on how it works?
E: The visualizer was built in WebGL using Three.js. WebGL is a framework for rendering realtime 3D graphics inside of the browser. The visualizer in its most basic form is just a sphere in 3D space. The sphere is textured by a realtime, rotating environment map that’s generated from the moving particles in the scene. That input of the reflective sphere is sent into a few layers of custom shaders that add the color and trailing feedback effect, as well as overlaying the text. Everything is generated inside of the browser and made with code, with the exception of one texture map that’s used to add color information to the background feedback effect. Every detail and stylistic choice of the visualizer has been made on purpose, so everything fits together in a seamless way.

TB!: What are you drawn to about each other's work? Why do you think it works so well together?
E: Our styles work well together because my work is textural, abstract, and dynamic, which enhances David’s use of typography and overall creative vision. We are both able to split our creative energy between two highly specialized disciplines which pair extremely well together when presented on the web. It’s been a pleasure to work with David so closely over the last few months, I’ve learned so much from him and I'm excited to keep working together.
D: We work in very different media but I've got a huge amount of respect for just how talented and intelligent Ezra is and its an enormous privelege to be able to work together on expressions that are far more dynamic than usual - its a whole different set of problems to solve and I love having the opportunity to think them through. We're both extremely driven to do things that are original, I think we enjoy having to run up against new problems and engineering new tools or solutions, and hopefully each new solution is iterative; building an unique sandbox for expression that should feel completely emergent from RL's space - typefaces, iconography, the way colour, texture, these WebGL dynamics emerge from the audio, and the potential to continue to combine them and engage the audience in new ways going forward.