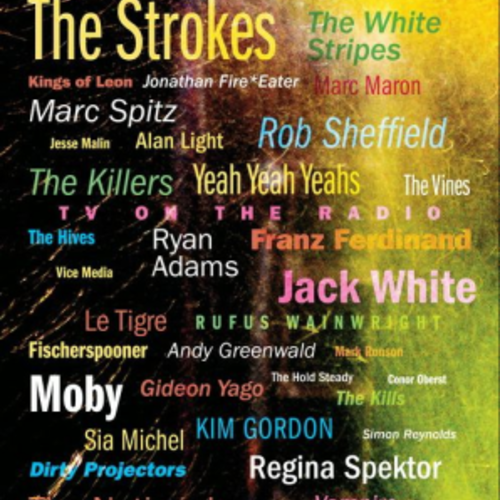 I have been reading Meet Me In The Bathroom by Lizzy Goodman. It’s an oral history of the New York music scene in the first decade of the 2000s. Jonathan Fire-Eater, The Strokes, The Yeah Yeah Yeahs, Ryan Adams, LCD Soundsystem, and Interpol are all discussed by the bands themselves, journalists, DJs, promoters, etc. It’s gossipy but ultimately very engaging. I can’t put it down.

I was 18 years old in 2001, I dropped out of high school and lived in a house called Squaresville in Atlanta. We had shows in our kitchen; it was fun, wild, and gross. I started going out and doing drugs soon after - when all of the music featured in this book was starting to take off. The first wave of my friends left Atlanta for New York City soon after. They lived in a truly heinous apartment in Bushwick (before it was “East Williamsburg”). I would visit them pretty often. On those visits, I would be out every night in a lot of the same places featured in Meet Me In The Bathroom. I still lived in Atlanta, so it wasn’t necessarily my scene, but even my slight brushes with it were intoxicating - literally and figuratively. I am now at the age where the things that I experienced in my formative years aren’t passe, they are discussed at length - in a wordy think piece in the New York Times or even visually on Instagram. Usually, I don’t love to look back or reminiscence, but this book forced me to, and I liked it. That time was special. Nothing mattered, things seemed less serious, and it was all ahead of us - the good and the bad. I guess that is everyone’s formative years, but I like to think my peers took youthful abandon further than most. The New York I have lived in for the last decade is much different than the one people remember so fondly in the book, but that’s OK. I don’t want to be waiting in line for a vodka soda at Bar 13 on a Sunday night anyway. Plus, I never loved The White Stripes.