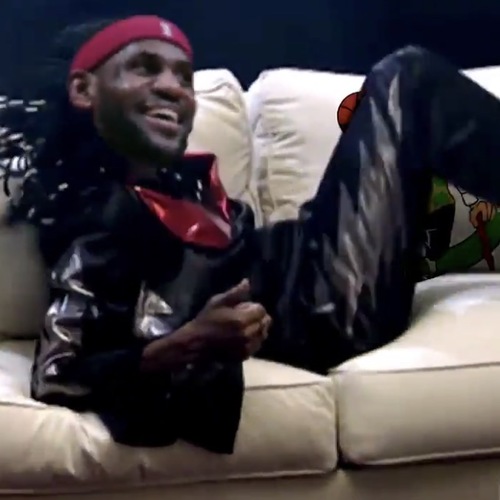 I love the NBA. Always have and always will. As a kid we all perceived the league's stars as gods with an untouchable cool. Making fun of Michael Jordan in the 90's!? Unthinkable. What platform would one even have had for that back then? Players, teams and agents all mostly controlled their own narratives with traditional media chiming in but leaving little impact. That was all before the internet. Now, not only are the cameras always on from every perceivable angle, but the internet loves a good laugh and knows how to take a quick screenshot. Not something athletes think about while on the court of course, but they must know — if they flop and it's obvious? You're getting turned into a GIF asap by the World Wide Wobs/Timothy Burkes of the world. And if its really bad!? Yikes...have you seen this James Harden/Manu Ginobili video? I mean...someone spent some real actual time and energy making that! It's impressive. But it's also weird. Here we have the world's most elite athletes performing night in and night out at the highest levels for our entertainment being reduced to stupid (funny, but stupid) internet memes. It's kind of fascinating! I always think about how lucky pro athletes who played in the pre-internet era were to completely avoid this phenomenon. Just think - if Charles Barkley had played during the Twitter-era, you would forget what he looked like because he'd have had Crying Jordan Photoshopped on his face every game. (Although he's a weird example since he's part of TNT's incredible 'Inside the NBA' which has itself become a bit of a factory for memes and mocking) On the flipside, most players today understand this is simply just part of the way this generation communicates and often love getting in on the fun themselves. Regardless, I find it super interesting that what was once a borderline unfuckwithable institution has, over the last several years, become one of the funniest sources for laughs on the internet.