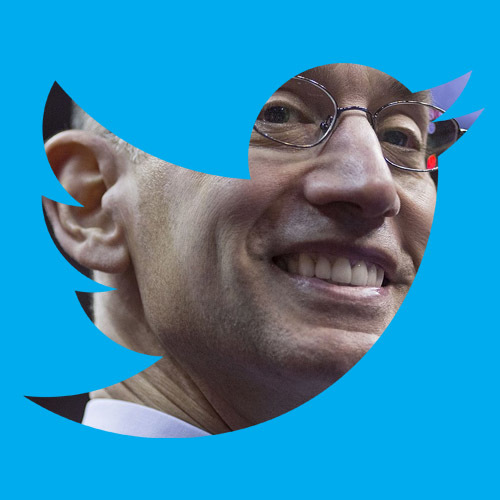 Adam Silver and the Golden Internet Age of the NBA

The NBA 'gets it'. Like, they really get it. The most athlete-centric of all pro sports, the league has let their players be themselves more than any other - as it should be - and they're reaping some pretty incredible benefits. While the NFL is floundering around in the mess that is concussions/Trump/anthem protest mishandling/etc. and viewership is slumping (down 10% this past season!), the NBA's viewership is up across the board on all networks, across both the regular season and the playoffs, its athletes are right up there with the world's biggest soccer stars as celebrity goes, and NBA Twitter is arguably the best 'niche' Twitter there is. The way that Joel Embiid is basically a 'weird Twitter' account (in the best way), the Jerry Colangelo secret Twitter account drama, players tweeting memes and cryptic emojis at each other and the hot takes that follow, NBA heads like Shea Serrano becoming famous in their own rights because of their writing and depth of knowledge of the game...is just amazing and endlessly entertaining.

While it's easy (and correct) to credit a lot of this rise to the totally absurd levels of talent currently in the league and therefore quality of product and watchability, much credit is also due to commissioner Adam Silver's genuine understanding of social media and how his league's athletes live, communicate, and thrive within this relatively new internet context. In this recent interview on strategy+business, Silver hits the nail so hard on the head I almost don't need to write this post and could just share this: "Not many years ago, some teams were making an advertent decision not to provide robust Wi-Fi in arenas, because the view was “we want fans to be paying attention to our game rather than looking down at their phones.” Now, of course, there’s the realization that it would be like refusing to put oxygen into the arena to turn the Wi-Fi off. Teams are looking to engage fans on those devices while they’re watching the games." Comparing Wi-Fi to oxygen! That's some shit that Ben or Virgil or I would say about a bar or something, let alone the commissioner of a league that generates $7.4B annually (and climbing) about their live experience. Super refreshing. He goes on to say "We promote the posting of our highlights." That's honestly incredible when you consider other, more archaic leagues and their equally archaic commissioners actively remove user-uploaded content. This has led to a new kind of loyalty between fan and league: we trust the league to provide amazing content and the league trusts us, the fans, to know what to do with it. It's a kind of relationship between brand and consumer you simply don't see much of these days and I for one am very much here for it.