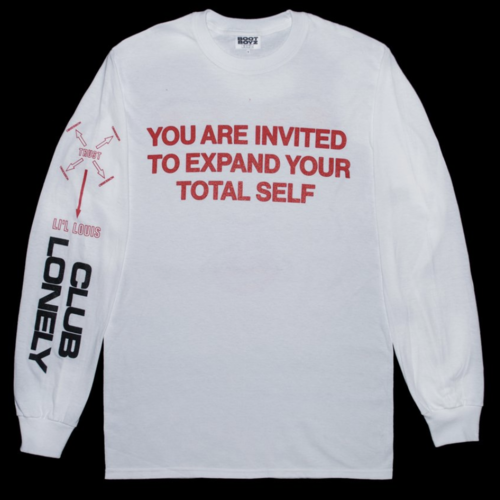 I've amassed a pretty big collection of graphic t-shirts. I didn't mean to. I can't say it's happened by accident of course, I consciously purchase them, ha...but one day while doing laundry recently it hit me like...hmm, I...have...a lot of shirts. Probably too many. Some I don't even wear because they don't fit me that great (huge neck, too short and wide, other awkward feature, etc) but the graphic is so good I can't bring myself to part ways with it for some silly emotional attachment reason. Some of these tees I just end up sleeping in and walking the dog in, throw on a Saturday around the house or whatever to justify not tossing it in a bag and dropping it off at Goodwill. T-shirts have become such an easy buy. $30 and I can use PayPal? Done. It's virtually impossible to find a notable person/group/band/company/etc that doesn't produce tees these days and it's a cheap (generally speaking), simple way to show love to these people/entities we're fans of. This purchasing vice used to be art and prints for me, but as I've run out of wall space in my house and office, t-shirts have kind of taken their place, slowly but surely. Anyways, I basically want to use the rest of this post to list a few of my favorite places to get t-shirts right now. Some you might know, others a bit more under the radar, but all worth spending some money on.

• Boot Boyz — Top of my list right now. Based here in Chicago, Boot Boyz is a self-described 'bootleg t-shirt initiative that creates original and appropriated designs referencing a wide range of phenomena'. They're most recent Chicago collection (sold out now) was the best collection of Chicago-inspired merch I've probably ever seen, for my tastes. Well-researched, super smart, and pristinely packaged, BB are setting the bar.

• All In Merch — All In Merch exclusively carries merch from hardcore bands & record labels. Some (most?) of the best t-shirt graphics in history are rooted in punk rock and hardcore: Black Flag, The Ramones, Judge, Youth of Today tees etc. have stood the test of time and inspired countless others because of their simple, bold iconography. All In Merch has a huge, amazing selection of SUPER cheap ($16 avg) band tees. I don't advocate for wearing shirts of bands you don't listen to, but if you dig a tee you find here, and you will, maybe you'll become a fan of the music too as a result.

• DES / Jeremy Dean — The truth is this whole post was inspired by reading interviews with Jeremy Dean. Jeremy, formerly of House Industries and House 33 fame (I still have some of those old House 33 green drip Bic lighters), is a revered designer and somewhat of a historian of graphic tees. His Grateful Dead/Wonders of Black Flag tees have become sought after and beloved for their perfect and mysterious juxtaposing of wildly different subcultures (hippie+hardcore), collaborations with John Mayer and tour merch for the Rolling Stones...always cool stuff from JD

• Know Wave — Longtime friend of THE BRILLIANCE! Aaron Bondaroff, t-shirt legend and former Supreme shop employee turned founder of cultural staples aNYthing, OHWOW, Know Wave, and Moran Bondaroff, Aaron knows the art of graphic tees as much as anyone. Know Wave consistently puts out good t-shirts. You probably already own one.

• POWERS — One of my favorite illustrators/graphic designers Eric Elms new POWERS brand is so good. One of the best presentations/merch websites you will ever see. Make sure to roll over all the graphics on the page...painstaking amount of work to do all those animations, sheesh!

BONUS!
THE BRILLIANCE! t-shirt is restocked and available at Notre :)