Ben - What did you have for breakfast, or, what was the last meal you had?

Tremaine - I would say NVI will keep the 13 year old version of you alive when your 55...

Acyde - Tremaine had the perfect answer... Plus it's open to interpretation... It's a non physical space for all our ideas, ability and creativity to flourish.

Ben - I'm always fascinated by enigmatic / hard-to-define projects...you guys are the definition of that right now? How much of that is by design - or is it just perceived that way by the kids looking in?

Tremaine - I just think the way NVI is perceived is indicative of the uncanny road that Acyde and I have walked to this very point in our lives.

Acyde - Perception is really just a matter of what your relate to. There's no mystery to our design or set up & we actually do way less than we could. We just have age & experience on our side so it seems multi faceted but in reality we've been doing most of 'what we do' for decades.

Ben - You've had some pretty incredible interviews on the podcast - truly for the archives. Curious, why a podcast and not a blog, zine, etc? What specifically about the spoken format is important to you?

Tremaine - As humans beings - oration is what separates us from other animals...spoken language is the at the core of who we are as humans.

Acyde - Transcribing interviews suck... Podcasts are a real retro/modern format... I love talk radio... it's communal... It's easy to archive & find unlike an old article in issue so & so of a print magazine... It's just highly functional.

Ben - Culture. I can't remember if it was Tremaine or Aycde - but one of you said that culture can be defined by everything that is unneeded - as in everything that isn't a pure necessity to stay alive. Is that still your most accurate description of it?

Tremaine - I think so...also culture is the caring for those things.

Acyde - Culture is what you absolutely don't need... I swiped that from somewhere...it's true in essence...but conversely 'Culture' also how we hardwire & catalogue our lifespan, our environment, communal experiences as tribes & communicate who we are to each other. It's also the single most abused term on the internet... 'Poor Culture'.

Ben - Does culture need geographic "capital" as it once did...Rome, Paris, NYC, etc. Or is it anywhere now? Is it simply in the air? Or - the internet?

Acyde - Wherever we can be communal is we cultures lives, dies, ferments... It can be anywhere... MySpace was clearly the 'populist' inception point for all the various online sub cultures... I'm still not sure what Reddit does but it's seems to mean something to s load of people. Does Facebook have a 'culture'?

But I think the almost test of any 'culture' is whether it has any impact past it's point of origin or zeigeist moment... Take Hip Hop... We're not in the Bronx in the 70's anymore but somehow every other kid on this planet seems to have an affinity for rap, street slang, beats and sportswear... Some older kids have an undying attachment to jeans and guitar music. Same as skate... As far as brands go Supreme is a perfect example of that etc

Ben - Similar to that...thoughts on this idea: "Cities will be the new nations." It's certainly starting to feel that way.

Tremaine - Iur second self's on line will be the new nations...I hope not tho.

Acyde - Tribes are the new nations... Cities are ever changing... The London I grew up in isn't the London of today but to a new tribe of people it's their 'London'. Same as New York, I think the city thing is old hat... Every city means so many different things to every tribe within it. Someone in LA has never been to the beach. My parents live in London and they've never taken a black cab.

Ben - Is the graphic t-shirt forever going to be the banner for advertising whatever the current temperature of society is?

Tremaine - T-shirts are like coke... A rich guy wear it, poor guy can wear it, Obama can wear it...don't know if trump wears t-shirts tho.

Acyde - I hope so, my actual interest is in taking that same approach and applying it to any garment. I think t-shirts are de facto because the cost of entry is relatively low. We have remember that the t-shirt started out as underwear and then sportswea, then outerwearr. It's basically the male bra (in the most non politically correct way possible).

Ben - I have this idea that, in time, the Internet makes things much, much better than they were. Its a great problem solver. But - because it moves far faster than anything humans have ever experienced before - new concepts and approaches that use it feel like huge mess as they sort themselves out. For our current culture, where are we at on that curve?

Tremaine - man your questions is the answer as most people don't even think about it...it like a light switch electricity used to be special...now people just expect it...same with music and water and so many other things...PEOPLE CAN'T SEE THE CURVE.

Acyde - Unfortunately I think we might be on a slippery slope, I was watching some TV on YouTube last night and got slightly depressed by how meaningless it all felt, some content for the share sake of having something on line. It wasn't even personal enough to call it art.

Ben - Where is music right now? What, that we're listening to today, will be like...Bob Dylan, Muddy Waters, Frank Sinatra, Bob Marley, Miles Davis is for us today?

Tremaine - There is so much good music now...best not to compare and just enjoy the moment...it's hard not to though.

Acyde - Frank Ocean & Kendrick Lamar, Kanye, Vince Staples, Tyler, Sza & The Internet. Maybe Adele... Artists who really care about their craft and aren't scared to embrace their audience. Entertainers who view what they do as art.

Acyde - Cyan to all of the above.

Ben - One piece of art - cost isn't the issue - what would you have?

Tremaine - A piece of African artwork that Picasso was inspired by.

Acyde - Salvador Dali's 'Crucifixion'. It looks like it was done by a computer or an artificial life form. I find it terrifying.

Ben - What mobile phone plan and provider do you have?

Ben - In one word - whats the best piece of advice you can give the "kids"?

Acyde - Be yourself, whoever that turns out to be.

Ben - Why did you do this interview?

Tremaine - Always rocked with the brilliance from time.

Acyde - Always liked reading your site and you asked nicely. Thank you. 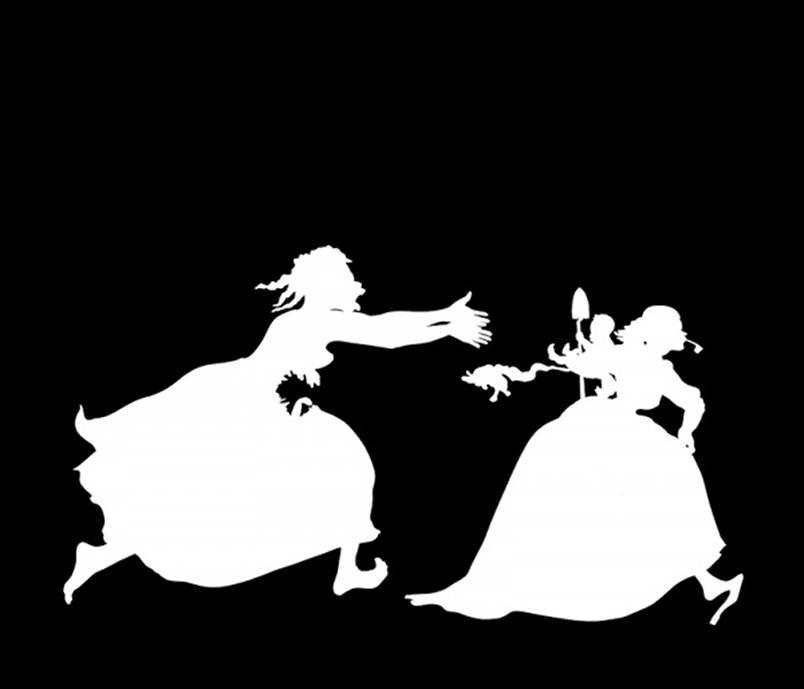 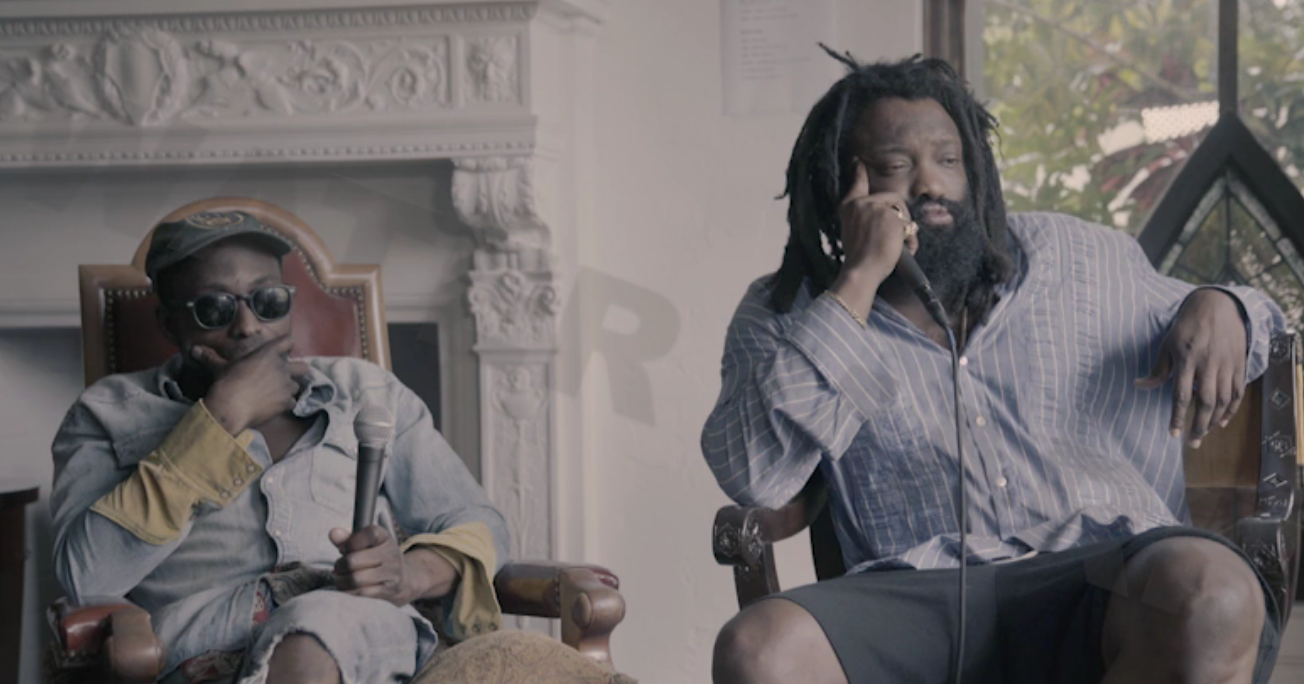 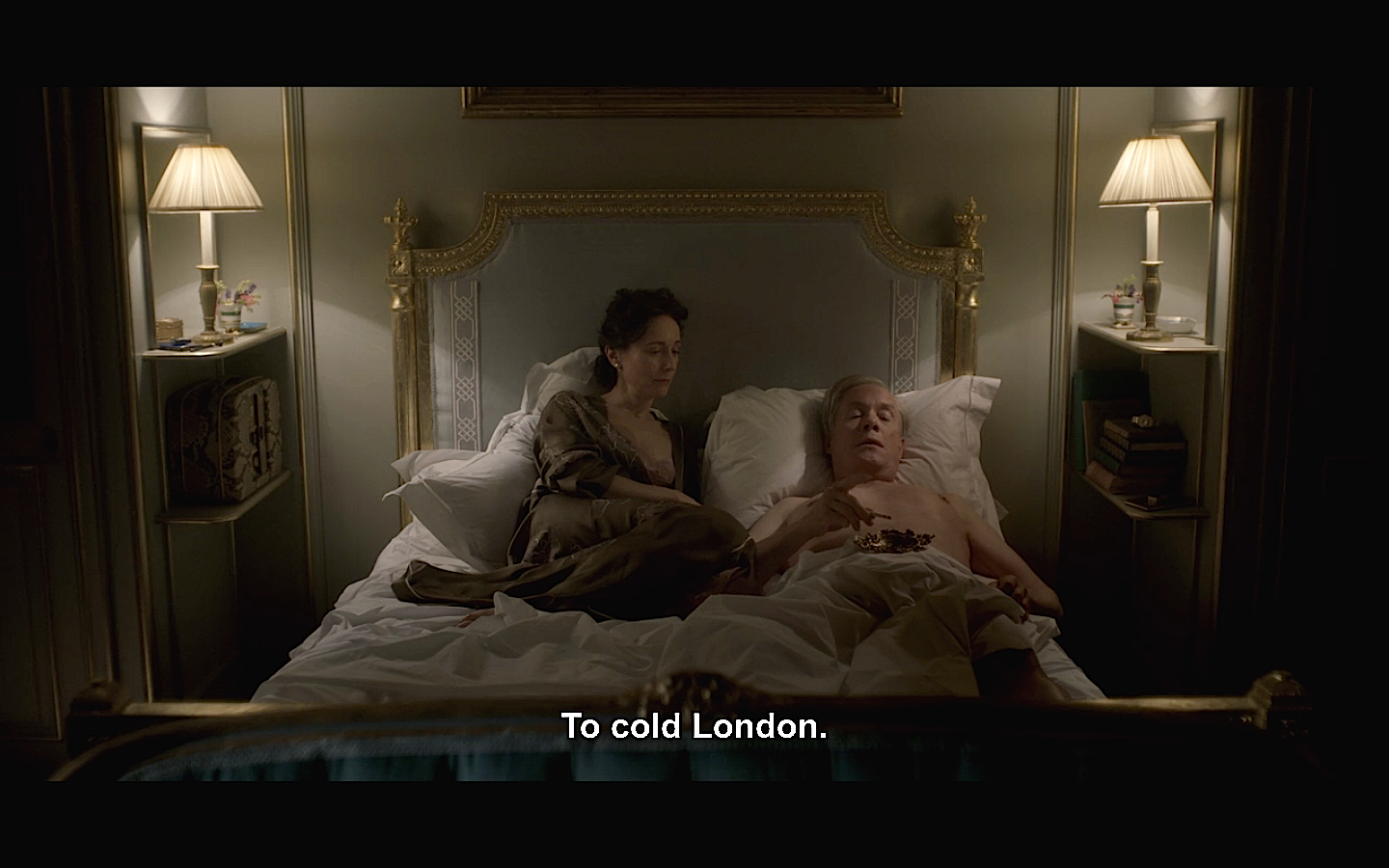 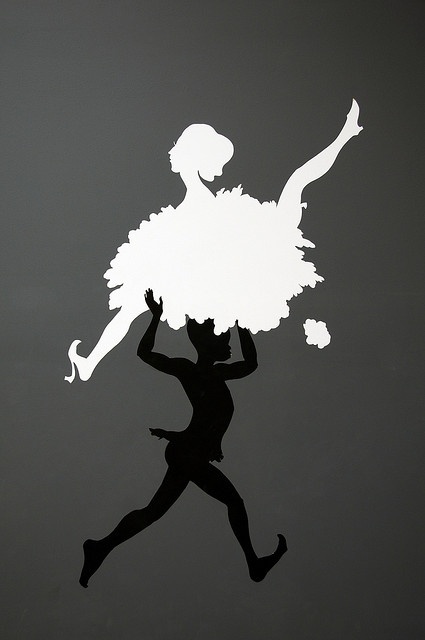 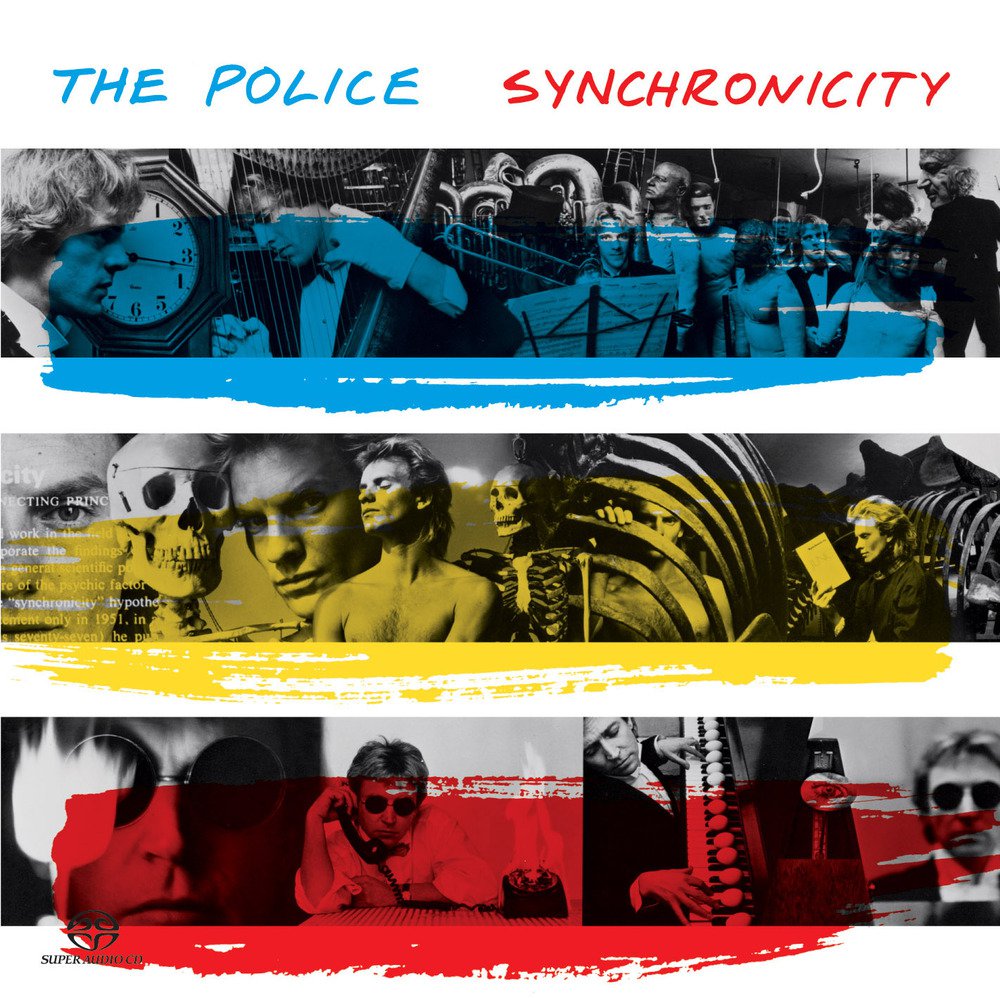 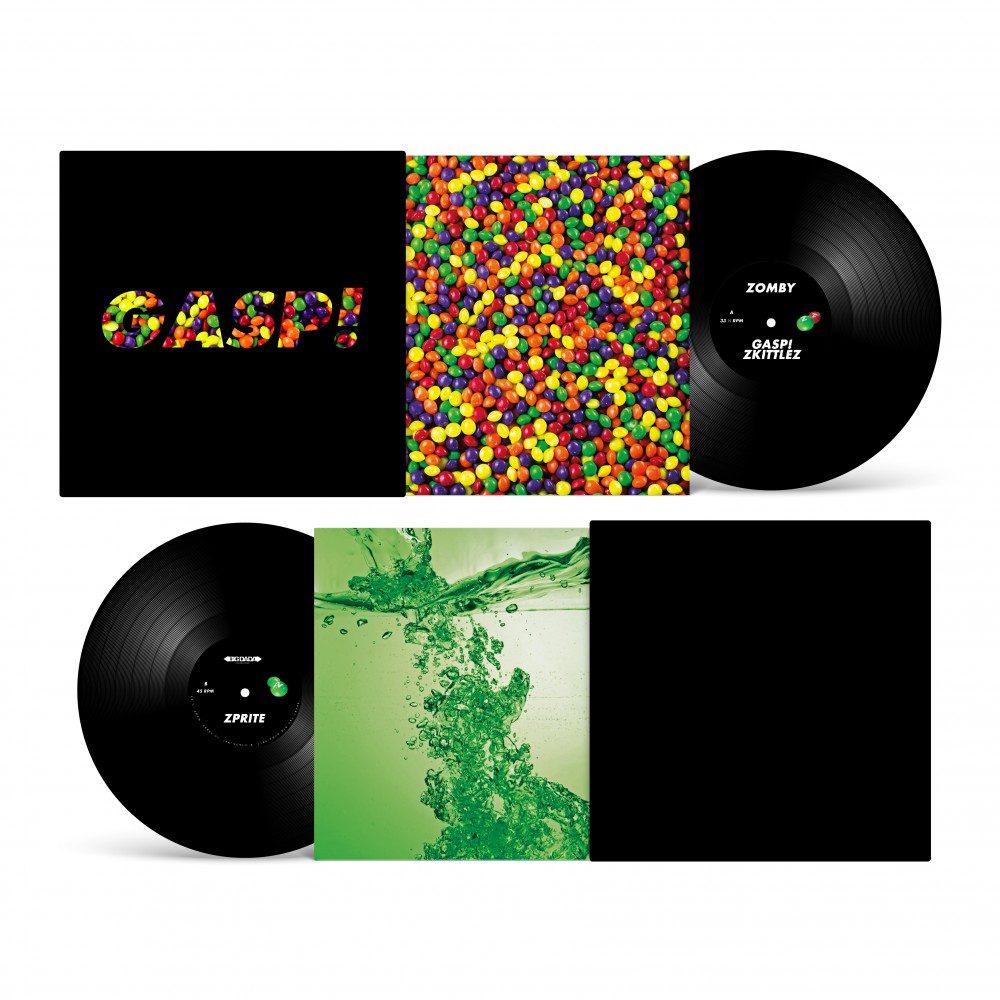