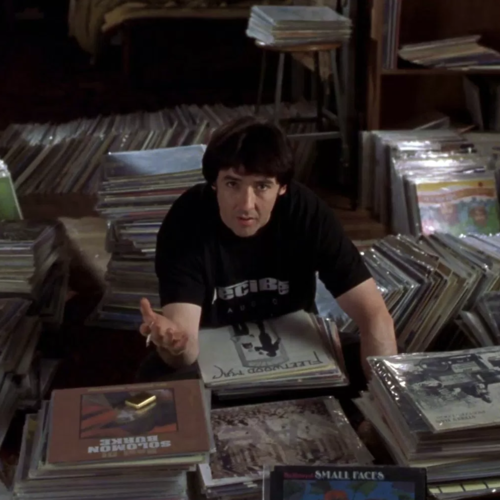 I compiled this non-definitive list of albums that young people should check out. A light education, a starter kit, a history lesson - not available on Soundcloud or Bandcamp. If you are older, add to this list and pass it along. If you are younger, put your AirPods in and get familiar.

Oasis - “Definitely Maybe”
Most teenagers don’t have much swag. Listening to this album will encourage them to stand up a little taller and make eye contact with the world. Liam Gallagher’s signature snarl will give them that confidence boost that they so desperately need. They might even leave the house wearing their Dad’s cool bucket hat singing “Tonight, I’m a rock n’ roll star” under their breath.

Notorious B.I.G. - “Ready To Die”
A must-have, it grabs you with the first note. It’s cool and autobiographical, revealing and braggadocious. Easily one of the most influential hip-hop albums of all time. Also, not a bad album to listen to when you smoke weed for the first time.

The Rolling Stones - “Exile on Main Street” -
Mick, Keith, Charlie, Bill, and the other Mick at their absolute best. On the run from the man at Keith Richards’ villa in the South of France the boys made a bluesy and gritty masterpiece. I didn’t discover this until later in life, and it pains me every time I listen.

The Smiths - “The Queen is Dead”
No album on this list will put you more in touch with your emotions. It’s so dramatic and beautiful. Just like adolescence!

Outkast - “Stankonia”
This album is a masterclass in pure creativity. Andre 3000 is a stylish lyrical genius; Big Boi is a more stoic, traditional rapper. Together they have given us countless funky, southern fried classics. So if you are in the school band, don’t write off the jocks. Because one day you might make beautiful music together.

Black Flag - “Damaged”
Someone once said that music is what feelings sound like. The most apparent feeling expressed on this genre-defining album is anger, but there is just enough humor not to make it a total downer. The official soundtrack to teenage angst.

The Lemonheads - “It’s a Shame About Ray”
Yes, Evan Dando was really into drugs. But do not let that cloud your vision, “It’s a Shame About Ray” is sentimental and sensitive, and most importantly the songs are beautiful. The lyrics are catchy and fun, but if you take a harder look, Dando is tackling divorce and self-discovery. Two things a lot of teens are forced to deal with.

Elliott Smith - “Figure 8”
These songs are so sad but so catchy. Which illustrates an important lesson to learn early, life is always going to be a little bit of both.

The Clash - “London Calling”
This one album covers almost every important genre in popular music. It has it all - punk, rockabilly, reggae, soul, and even jazz. For a time, they were referred to as the "only band that matters," this album explains why.

My Bloody Valentine - “Loveless”
MBV might seem a little dense for this list, but this album is great for zoning out. Had a bad day at school? Go into your room and let Kevin Shields shoegaze masterpiece wash over you. It will make it all better.

The Strokes - “Is This It”
Knowing that you have your whole life in front of you is a fleeting, but exciting and important time. Unfortunately, not everyone is really good looking, well dressed, and talented. But that’s OK because listening to this can make you feel like you are. Give the gift of confidence!

Fleetwood Mac - “Fleetwood Mac”
What can I say? Perfect music. Once you dive into the backstory and twisted history of the band, you can learn a lot about relationships and what not to do. A musical and emotional education with perfect harmonies!

Teenage Fanclub - “Songs From Northern Britain”
Power pop is an underappreciated genre. Big Star is probably the most well-known of the bunch, but Teenage Fanclub was very close to being a household name. These songs stick in your head after the first listen. They influenced a lot of important bands, why not let them influence today’s youth.